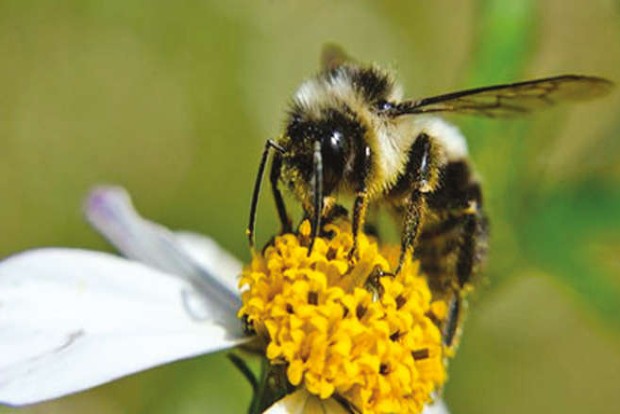 Humans are witnessing the start of the first mass extinction in 65 mn years. What does biodiversity loss mean for us and the environment?

About 65 million years after the last mass extinction, which marked the end of dinosaurs roaming the planet, scientists are warning that we are in the early throes of another such annihilation event. Unlike any other, this sixth mass die-off — or Anthropocene extinction — is the only one caused by humans, and climate change, habitat destruction, pollution and industrial agriculture all play a hand.

In mass extinctions, at least three-quarters of all species cease to exist within about 3 million years. Some scientists believe that at our current rate, we could be on track to lose that number within a few centuries. Over the next few decades alone, at least 1 million species are at risk of being wiped out. That’s according to an estimate in a landmark report published in 2019 — but many scientists say it could well be an undercount.  Trying to predict the results of a complete collapse in biodiversity is almost a black art — ecosystems are incredibly complex. Scientists agree, however, that there are several clear predictions should extinctions continue at this rate. And all the effects are inextricably linked, like a game of Jenga.

Loss of food security”I think the first thing we’ll see is that our food supply starts to dwindle quite markedly, because so much of our food depends on pollination,” said Corey Bradshaw, a professor of global ecology at Flinders University in South Australia, who uses mathematical models to show the interplay between humans and ecosystems.

About one-third of the world’s food supply relies on pollinators such as bees, and, if they die out, agricultural yields could plummet, Bradshaw said. Some crop pests may thrive as predators drop off, further impacting monoculture harvests. And millions of people rely on wild species for nutrition and their livelihoods, particularly on coastal and inland fisheries, which are especially vulnerable to disappearing. According to Bradshaw, this lack of food security, which will also be connected to increased drought and flooding, will hit poorer regions hardest — particularly sub-Saharan Africa and parts of Southeast Asia. The quality of soil is also expected to deteriorate if critical microorganisms die off. Though under-represented in the data, some researchers believe they are potentially vanishing at a faster rate than other species. Their disappearance could lead to worsening erosion, which in turn results in more floods, as well as poorer fertility, which again impacts crop growth.

Colman O’Criodain, the policy manager for conservation organization WWF International, said this was particularly dangerous. “The organic matter in a way is kind of like the glue that holds everything together. If you think of it like a Christmas pudding, it has some dry ingredients like breadcrumbs and flour and dried fruits, but it’s the eggs and the stout and so on that hold it together and make it soft and mushy and give it its shape,” O’Criodain said.

A lot of the world’s fresh water comes from wetlands that purify and redistribute this life source. The Himalayan water tower for example, which is fed by rivers and wetlands, supplies about two billion people. If systems like these collapse, as a result of impacts including algae blooms and receding vegetation, humanity could lose a lot of water for drinking and agricultural use. As forests recede, rainfall patterns are likely to shift as evapotranspiration — the process in which moisture is returned to the atmosphere through evaporation and plant transpiration — is affected, further drying out the landscape, as has been seen in the Amazon. The UN Food and Agriculture Organization estimates that about 10 million hectares (24 million acres) of forest were cut down annually from 2015.

And with the loss of trees and vegetation — fundamental regulators of atmospheric carbon dioxide — climate change is expected to worsen, triggering more extreme weather events. Drier conditions and unhealthy forests also increase the risk of wildfire. Meanwhile, crop failures and other ecological threats will likely trigger mass migrations as people escape famine and conflict over dwindling resources. Loss of resilience and more pandemics”What we have done as humans is simplify the whole planet, especially the production ecosystems, to such an extent that they have become vulnerable,” Carl Folke, a transdisciplinary environmental scientist and the founder of the Stockholm Resilience Centre for research into sustainability science, told DW.

“Resilience is often called the science of surprise. If you are living with very stable conditions and everything is predictable, you don’t need that buffer of biodiversity. But if you’re living in more turbulent times with more unpredictable situations, that type of portfolio of options becomes extremely important,” Folke said.

Researchers have also warned that loss of biodiversity could lead to an increased risk of pandemics as wild animals and humans come into closer contact through habitat fragmentation and disruption of natural systems. The oft-cited example of this already happening is the 2014 Ebola outbreak in West Africa, believed to have been caused by children playing in a hollowed-out tree full of bats. Though the origin of COVID is still unclear, the results of some scientific studies link it to wild bats. These effects are only those that can be quantified. For many conservationists and scientists, recklessly allowing species to go extinct is akin to vandalism. Even if we survive and avoid the catastrophic consequences, the world would be greatly and irreversibly diminished by mass extinctions. The most tragic losses could be those we cannot even see. “Think about the consequences of extinction as burning an art gallery. So you’re not even thinking about a potential direct value at all, but you’re thinking about the intangible loss of the World Heritage,” said Thomas Brooks, the chief scientist at the International Union for Conservation of Nature (IUCN).

“Remember, any single species is a product of millions of years of evolution. You’re looking at the loss of what makes humanity part of the planet. You’re looking at what makes us whole,” he continued. Despite these catastrophic predictions, there is some cause for optimism. If humans do something. “There are what sometimes appear to be insurmountable odds facing conservation of life on Earth. But, on the other hand, there are also very many inspiring stories of success, and examples of cases where people have been able to turn the tide, to put in place actions that allow the curve to be bent or the trends to go in the right direction,” Brooks said. And Brooks is intimately familiar with the challenges faced. The IUCN painstakingly produces the Red List, which forms the fundamental basis of scientific insights into species loss.

Research shows that conservation efforts work. A recent study found that had it not been for conservation interventions, losses would have been three to four times worse since 1993. Scaling up conservation success stories — such as the reintroduction of beavers in Europe — appears to be a key weapon in the battle against biodiversity loss. The Wildlife Conservation Society is pushing for the adoption of the “30 by 30” agreement at the Kunming Convention on Biological Diversity (COP15) in spring, in which 30% of lands and seas would be placed under protection by 2030 — roughly double what the world has now.