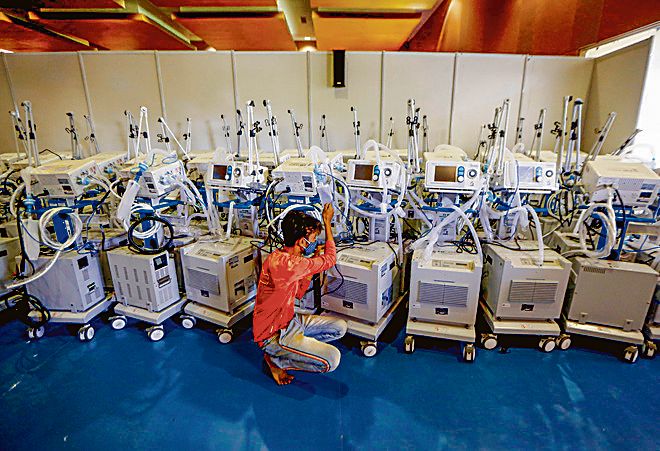 After being pulled up by the Centre recently for not installing 20 ventilators sanctioned by it, the UT Administration has taken back the life-saving appliances from the PGI and installed these in its own hospitals.

On January 7, the Centre asked all states/UTs to install the remaining ventilators. “There is a huge gap between the number of ventilators delivered to and installed in the states/UTs. We have repeatedly requested to expedite their installation. In the wake of the recent upsurge in Covid cases, it is imperative that there is no further delay in getting the ventilators given to the states/UTs installed,” wrote Union Health Secretary Rajesh Bhushan.

UT Health Secretary Yashpal Garg said, “Since the 20 ventilators were lying unused at the PGI, we have taken these back. These all have been tested and successfully installed at the health facilities of the UT Administration.”