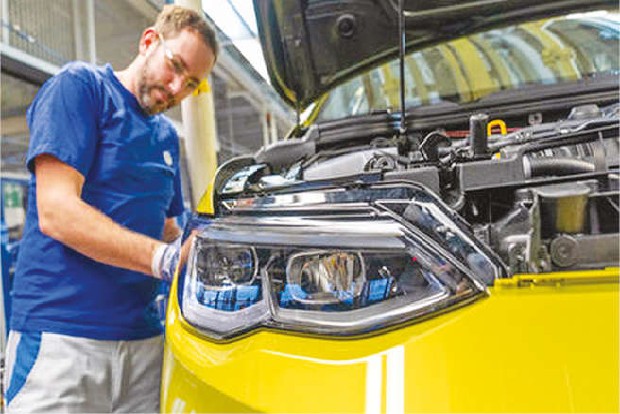 Daron Acemoglu, an influential economist at the Massachusetts Institute of Technology, has been making the case against what he describes as “excessive automation.” The economy-wide payoff of investing in machines and software has been stubbornly elusive. But he says the rising inequality resulting from those investments, and from the public policy that encourages them, is crystal clear. Half or more of the increasing gap in wages among American workers over the last 40 years is attributable to the automation of tasks formerly done by human workers, especially men without college degrees, according to some of his recent research.

Globalisation and the weakening of unions have played roles. “But the most important factor is automation,” Acemoglu said. And automation-fuelled inequality is “not an act of God or nature,” he added. “It’s the result of choices corporations and we as a society have made about how to use technology.” Acemoglu, a wide-ranging scholar whose research makes him one of most cited economists in academic journals, is hardly the only prominent economist arguing that computerised machines and software, with a hand from policymakers, have contributed significantly to the yawning gaps in incomes in the United States. Their numbers are growing, and their voices add to the chorus of criticism surrounding the Silicon Valley giants and the unchecked advance of technology.

Paul Romer, who won a Nobel in economic science for his work on technological innovation and economic growth, has expressed alarm at the runaway market power and influence of the big tech companies. “Economists taught: ‘It’s the market. There’s nothing we can do,’” he said in an interview last year. “That’s really just so wrong.”

Anton Korinek, an economist at the University of Virginia, and Joseph Stiglitz, a Nobel economist at Columbia University, have written a paper, “Steering Technological Progress,” which recommends steps from nudges for entrepreneurs to tax changes to pursue “labour-friendly innovations.”

Erik Brynjolfsson, an economist at Stanford, is a technology optimist in general. But in an essay to be published this spring in Daedalus, the journal of the American Academy of Arts and Sciences, he warns of “the Turing trap.” The phrase is a reference to the Turing test, named for Alan Turing, the English pioneer in artificial intelligence, in which the goal is for a computer program to engage in a dialogue so convincingly that it is indistinguishable from a human being.

For decades, Brynjolfsson said, the Turing test — matching human performance — has been the guiding metaphor for technologists, businesspeople and policymakers in thinking about AI. That leads to AI systems that are designed to replace workers rather than enhance their performance. “I think that’s a mistake,” he said. The concerns raised by these economists are getting more attention in Washington at a time when the giant tech companies are already being attacked on several fronts. Officials regularly criticise the companies for not doing enough to protect user privacy and say the companies amplify misinformation. State and federal lawsuits accuse Google and Facebook of violating antitrust laws, and Democrats are trying to rein in the market power of the industry’s biggest companies through new laws.

Acemoglu testified in November before the House Select Committee on Economic Disparity and Fairness in Growth at a hearing on technological innovation, automation and the future of work. The committee, which got underway in June, will hold hearings and gather information for a year and report its findings and recommendations. Despite the partisan gridlock in Congress, Rep. Jim Himes, D-Conn., the chairman of the committee, is confident the committee can find common ground on some steps to help workers, like increased support for proven job-training programs. “There’s nothing partisan about economic disparity,” Himes said, referring to the harm to millions of American families regardless of their political views.

Economists point to the postwar years, from 1950 to 1980, as a golden age when technology forged ahead and workers enjoyed rising incomes. But afterward, many workers started falling behind. There was a steady advance of crucial automating technologies — robots and computerised machines on factory floors, and specialised software in offices. To stay ahead, workers required new skills. Yet the technological shift evolved as growth in post-secondary education slowed and companies began spending less on training their workers. “When technology, education and training move together, you get shared prosperity,” said Lawrence Katz, a labor economist at Harvard. “Otherwise, you don’t.”

Increasing international trade tended to encourage companies to adopt automation strategies. For example, companies worried by low-cost competition from Japan and later China invested in machines to replace workers. Today, the next wave of technology is artificial intelligence. And Acemoglu and others say it can be used mainly to assist workers, making them more productive, or to supplant them. Acemoglu, like some other economists, has altered his view of technology over time. In economic theory, technology is almost a magic ingredient that both increases the size of the economic pie and makes nations richer. He recalled working on a textbook more than decade ago that included the standard theory. Shortly after, while doing further research, he had second thoughts.

“It’s too restrictive a way of thinking,” he said. “I should have been more open-minded.” Acemoglu is no enemy of technology. Its innovations, he notes, are needed to address society’s biggest challenges, like climate change, and to deliver economic growth and rising living standards. His wife, Asuman Ozdaglar, is the head of the electrical engineering and computer science department at MIT. But as Acemoglu dug deeply into economic and demographic data, the displacement effects of technology became increasingly apparent. “They were greater than I assumed,” he said. “It’s made me less optimistic about the future.”

Acemoglu’s estimate that half or more of the increasing gap in wages in recent decades stemmed from technology was published last year with his frequent collaborator, Pascual Restrepo, an economist at Boston University. The conclusion was based on an analysis of demographic and business data that details the declining share of economic output that goes to workers as wages and the increased spending on machinery and software. Acemoglu and Restrepo have published papers on the impact of robots and the adoption of “so-so technologies,” as well as the recent analysis of technology and inequality. So-so technologies replace workers but do not yield big gains in productivity. As examples, Acemoglu cites self-checkout kiosks in grocery stores and automated customer service over the phone.

Well-designed education and training programs for the jobs of the future, Acemoglu said, are essential. But he also believes that technology development should be steered in a more “human-friendly direction.” “We need to redirect technology so it works for people,” Acemoglu said, “not against them.”