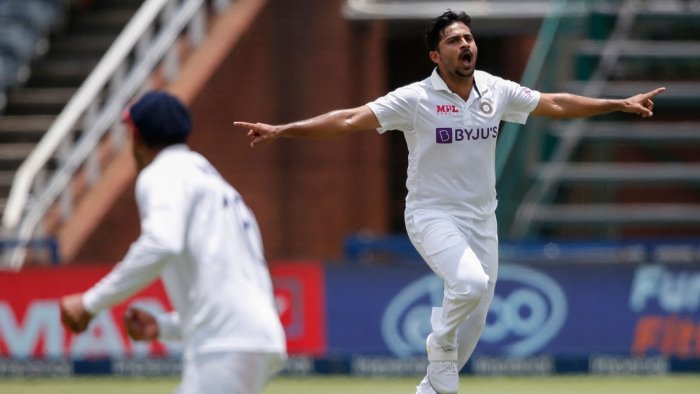 There has been so much talk about the current Indian pace attack, and rightfully so. Jasprit Bumrah, Mohammed Shami, Mohammed Siraj, Ishant Sharma and Umesh Yadav — all featuring in this series against South Africa — have their unique skillsets and the deadly combination has resulted in the decimation of several batting line-ups.

Somehow Shardul Thakur, a medium pacer known more for his heart than the ability to hustle the batsmen like the above five, doesn’t feature in the conversation. He clocks 130 kmph and thereabouts, doesn’t have any major weapon and is picked as the fourth seamer in overseas conditions largely due to his batting abilities. With the injury-prone Hardik Pandya unable to bowl, Shardul is viewed as that seaming all-rounder who can be summoned when one of the frontline pacers needs to catch a breath. He’s also seen as a partnership breaker.

Shardul though is used to being undervalued right from the time he made his first-class debut for Mumbai in 2012. A chirpy personality, Shardul has often delivered some sensational performances to change the perception that he can be more than a utility cricketer. He injured himself on debut but then smashed an exhilarating 67 in his second Test at Gabba against Australia the same month last year to show his game-changing prowess. That was his batting.

Tuesday at the Wanderers it was time for Shardul to show he can be effective and destructive with the ball in his hand too. Making the most of Mohammed Siraj’s hamstring injury that limited the Hyderabadi to just 9.5 overs, Shardul produced the most telling performance by an Indian bowler in South Africa, a career-defining 7/61 that shot out the hosts for 229 and restricted the difference to just 27 runs.

What Shardul lacks in pace, he makes it up with accuracy. Yes, he can be a bit wayward at times but generally keeps it in and around the off-stump. He’s got a good outswinger — in fact that’s his stock delivery — and when he keeps landing them accurately time and again, the batsmen end up committing the mistake. He just keeps teasing them and lures them to their doom.

Dean Elgar and Keegan Petersen, who were batting with immense discipline and oversaw testing spells from Bumrah, Shami and Siraj in the morning session, were victims of the Thakur teaser. Elgar (28, 120b, 4x4), blocking everything that Indians threw at that time and leaving everything exceptionally well outside the off-stump, poked at one only to see the ball catch an edge.

Shardul repeated the trick with Petersen (62, 118b, 9x4). He threw one up and the South African, having just completed his maiden half-century, flashed at it and Mayank Agarwal completed a simple catch as South Africa were reduced to 101/3 after having dominated the morning session until then.

Shardul then showed he’s isn’t all about outswingers and can move it the other way too. He got one to jag back in sharply to catch Rassie van der Dussen cold, the ball taking an inside edge with Rishabh Pant completing a brilliant catch diving forward. South Africa looked shocked at lunch, the Indians and Shardul delighted.

South Africa, however, fought back in the second session through Temba Bavuma (51, 60b, 6x4, 1x6) and Kyle Verreyne (21, 72b, 2x4). None of the frontline pacers, despite toiling hard, could find a way past them. Shardul   did, trapping Verreyne leg-before with another ball that swung back in sharply. As he did before lunch, he then removed the other set batsman, Bavuma with a fine delivery to complete his maiden fifer.

Shardul ended the day with seven wickets and the best show by an Indian bowler in an innings against South Africa. Despite his heroics, India have a lot of work left. At 85/2 and just 58 runs ahead, they need a strong batting show on the Moving Day.