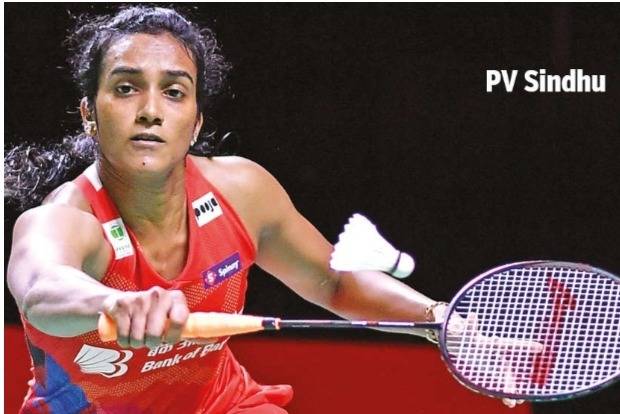 PV Sindhu on Thursday joined compatriot Lakshya Sen in the knockout stage of the BWF World Tour Finals here, while Kidambi Srikanth’s fate hangs in the balance after suffering defeat in his second group match.

The 26-year-old Sindhu outplayed Germany’s World No.23 Yvonne Li 21-10, 21-13 in her second Group A women’s singles match to ensure a top-two finish in the pool.

Lakshya, who was guaranteed a place in the next round after two of his opponents in Group A – Japan’s Kento Momota and Rasmus Gemke of Denmark – pulled out due to injuries, lost 15-21, 14-21 to Olympic champion Viktor Axelsen (Denmark).

Following the loss, the 20-year-old finished second in his group. World No.14 Srikanth jeopardised his chances of making it to the next stage after going down 18-21, 7-21 to Thailand’s Kunlavut Vitidsarn in his second men’s singles Group B match.

The India women’s doubles pair of Ashwini Ponnappa and N Sikki Reddy too suffered a defeat, going down fighting 19-21, 20-22 to the Bulgarian duo of Gabriela Stoeva and Stefani Stoeva to bow out of contention.

Meanwhile, the men’s doubles pair of Satwiksairaj Rankireddy and Chirag Shetty handed a walkover to the top-seeded Indonesian combination of Marcus Fernaldi Gideon and Kevin Sanjaya Sukamuljo in Group A.

As Satwiksairaj complained of knee pain, the duo will not take further participation in the tournament.