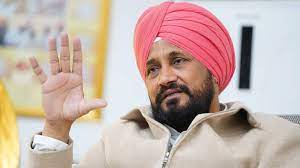 Addressing the reporters after the meeting, Channi said, Only boxes (EVMs) will tell what has to happen. All of you, please wait till March 10.

Read: AAP ahead in Punjab, Congress in Uttarakhand

Addressing the reporters after the meeting, Channi said, "Only boxes (EVMs) will tell what has to happen. All of you, please wait till March 10."

Exit polls on Monday predicted a clear victory for the Aam Aadmi Party (AAP) in Punjab with the scale of the party's victory varying across various surveys.

Several surveys predicted Arvind Kejriwal-led AAP, which is in power in Delhi, getting a landslide victory. The surveys also predicted that the ruling Congress will finish a distant second in the state followed by Shiromani Akali Dal (SAD) which had allied with Bahujan Samaj Party.

The BJP and its allies are not predicted to do well, according to the surveys. If the results come as per the prediction of exit polls, it will be the first time that AAP will come to power in Punjab. It is the first time that BJP fought over 65 seats in Punjab. It formed an alliance with the Punjab Lok Congress of Capt Amarinder Singh and SAD (Samyukt) led by SS Dhindsa.

Polling was held in the state on February 20 and the results will be declared on March 10.

Further today, Chief Minister Channi after the meeting mentioned that the main issues discussed were on amending Bhakra Beas Management Board rules and the ongoing Operation Ganga.

Speaking to reporters here today after meeting Shah, Channi said, "Main issue was BBMB (Bhakra Beas Management Board), officers should be deployed like earlier. The Centre wants to deploy people from outside. I requested Home Minister to reconsider it. He assured me that he'll discuss this with his minister in 1-2 days and act as per Punjab's wish."

Notably, political parties in Punjab, barring the BJP, are against the Centre's decision to amend the rules regarding appointments to two key positions on the Bhakra Beas Management Board (BBMB).

Read: BJP projected to retain power in UP with 236 seats

The Central Government issued a notification on February 23 2022 to amend the BBMB Rules 1974, thereby changing the criteria for the selection of whole-time members of the Board.

Further speaking to reporters today, Channi said, "Secondly, 997 of our students were in Ukraine out of whom 420 have returned, 200 have gone to Poland and are safe but some people are still stranded. I made a request for them, Home Minister assured me that they are monitoring the situation and the students will be evacuated."

The Centre arranged for flights from neighbouring countries of Ukraine for the evacuation of Indian students under 'Operation Ganga'.

With thousands of Indian nationals being brought back from Ukraine under Operation Ganga, Union Minister of State for External Affairs V Muraleedharan on Monday apprised about the efforts taken by the Indian Embassies to help people in conflict-ridden Ukraine.

Speaking to ANI today, Muraleedharan said, "Out of 20,000 Indian citizens, we have been able to evacuate more than 16,000 citizens. Around 3,000 citizens are still there in the neighbouring countries of Ukraine. Around 600 students are there in Sumy area."