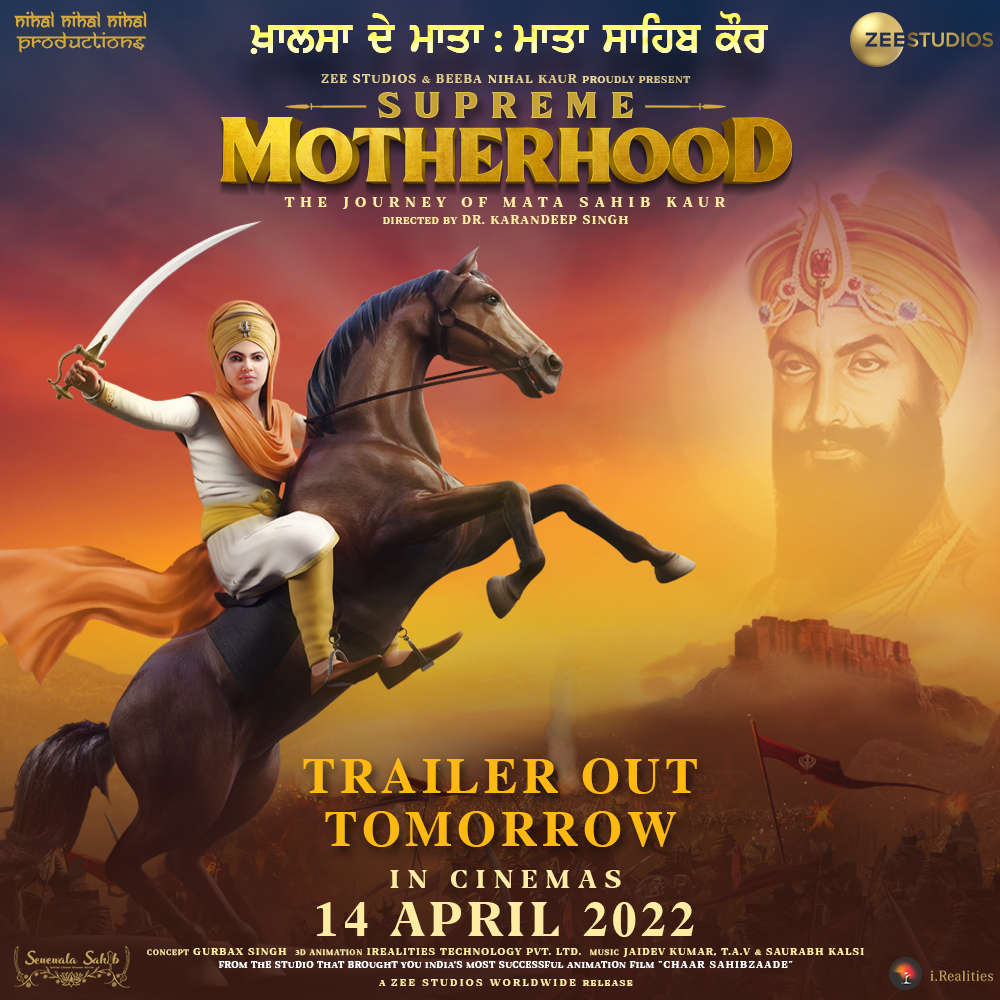 Chandigarh | 31st MARCH 2022 | With the goal of bringing the history of the 'Khalsa Di Mata' to light, Mata Sahib Kaur. Zee Studios in collaboration with Nihal Nihal Nihal Productions released the poster of their upcoming religious animated film ‘Supreme Motherhood’, directed by Dr Karandeep Singh, which is ready to release on 14th APRIL 2022.

The movie's poster perfectly encapsulates Mata Sahib Kaur Ji's warrior mentality. The preachings of Mata Ji have brought us thus far by instilling in us a desire to remain faithful to the Khalsa Panth. Mata Sahib Kaur has a very special and vital function in the Khalsa Panth. She was not only given the title of Khalsa Mother but she was also given the power to supervise and guide political and religious issues.

Sikhism's supporters contributed to the project's completion by primarily sponsoring it, allowing our heritage to reach a wider audience. The film was only possible because of their reverence for the faith and their desire to preserve it.

Jaidev Kumar, TAV, and Saurabh Kalsi have poured their pure essence of the music into the film which will be your connecting string. The 3D animations in the movie have been done by IRealities Technology Pvt. Ltd, the same team who brought to us the successful animated religious historical film ‘CHAAR SAHIBZAADE’

That's not all, the trailer of the film will be released on 1st April 2022.

As a promise, director Dr Karandeep Singh said, “Our team has researched more than 20 historical resources going back as far as the 16th Century, along with 50+ modern-day references, to ensure that the authenticity of the subject can be maintained. Considering the need to preserve Sikh history in digital format, we will reinvest all profits from this movie into producing many such animations, to benefit future generations. Understanding the need for women's empowerment, we chose Mata Sahib Kaur Ji as our first hero to uplift and inspire women in Punjab."