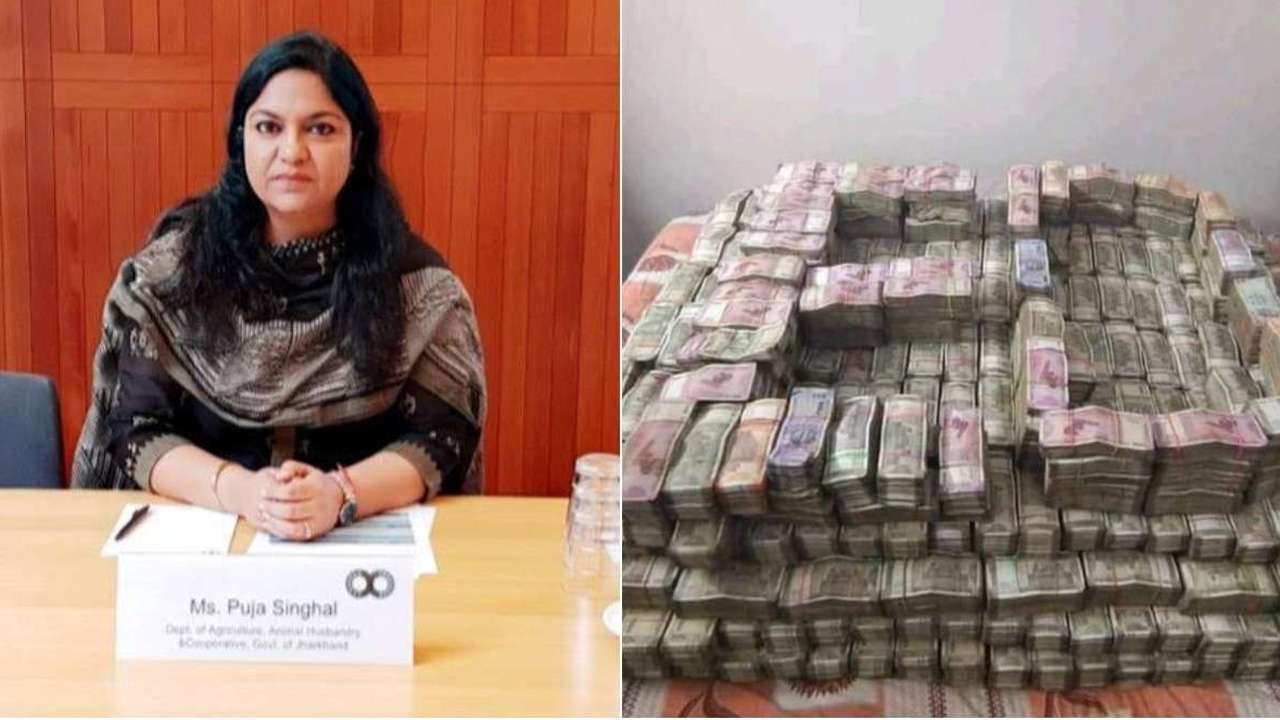 Jharkhand: Pooja Singhal, Husband and her CA Suman Singh has been summoned for Questioning

The Enforcement Directorate (ED) has summoned Jharkhand's Mining Secretary Pooja Singhal to record her statement on Tuesday. In Ranchi, the ED will question him in a money laundering case related to alleged fraud in MGNREGA funds. ED officials gave this information on Monday. He said that 2000 batch IAS officer Pooja Singhal has been asked to appear before the investigating officer of the case at the regional office of the federal agency in Ranchi. Here his statement will be recorded under the Prevention of Money Laundering Act (PMLA).

Significantly, on May 6, the investigating agency had conducted raids against Pooja Singhal, her husband Abhishek Jha and other associates in Jharkhand and some other places. During this most of them were also interrogated.

The ED has taken this action in a money laundering case in which Ram Binod Prasad Sinha, a former junior engineer in the Jharkhand government, was arrested by the agency from West Bengal on June 17, 2020.

Sinha was booked under criminal sections of the Indian Penal Code relating to cheating and corruption. In this, government money was allegedly invested in his name as well as in the name of his family members while working as Junior Engineer from 1 April 2008 to 21 March 2011.

The agency had earlier reported that these funds were allocated for government projects under MGNREGA (Mahatma Gandhi National Rural Employment Guarantee Act) in Khunti district. During interrogation in this case, Sinha had told the ED that he had paid five per cent commission (out of fraud) to the district administration in lieu of it.

After which the ED started investigation on Pooja Singhal under allegations of irregularities. It is worth mentioning that Pooja Singhal had served as the District Magistrate of Chatra, Khunti and Palamu between 2007 and 2013. During the investigation, on May 7, more than Rs 17 crore cash was seized from the premises of Suman Kumar, a chartered accountant of Pooja Singhal. After this Suman Kumar was also arrested. He is in ED custody till May 11. The ED is probing Suman Kumar's relationship with Pooja Singhal and her husband.

The ED also told the special PMLA (Prevention of Money Laundering Act) court in Ranchi that the IAS officer had allegedly transferred an amount of Rs 16.57 lakh from his personal account to accounts controlled or owned by his Chartered Accountant (CA) Suman. Kumar had Suman Kumar was arrested on Saturday in a money laundering case related to alleged fraud in MGNREGA funds.