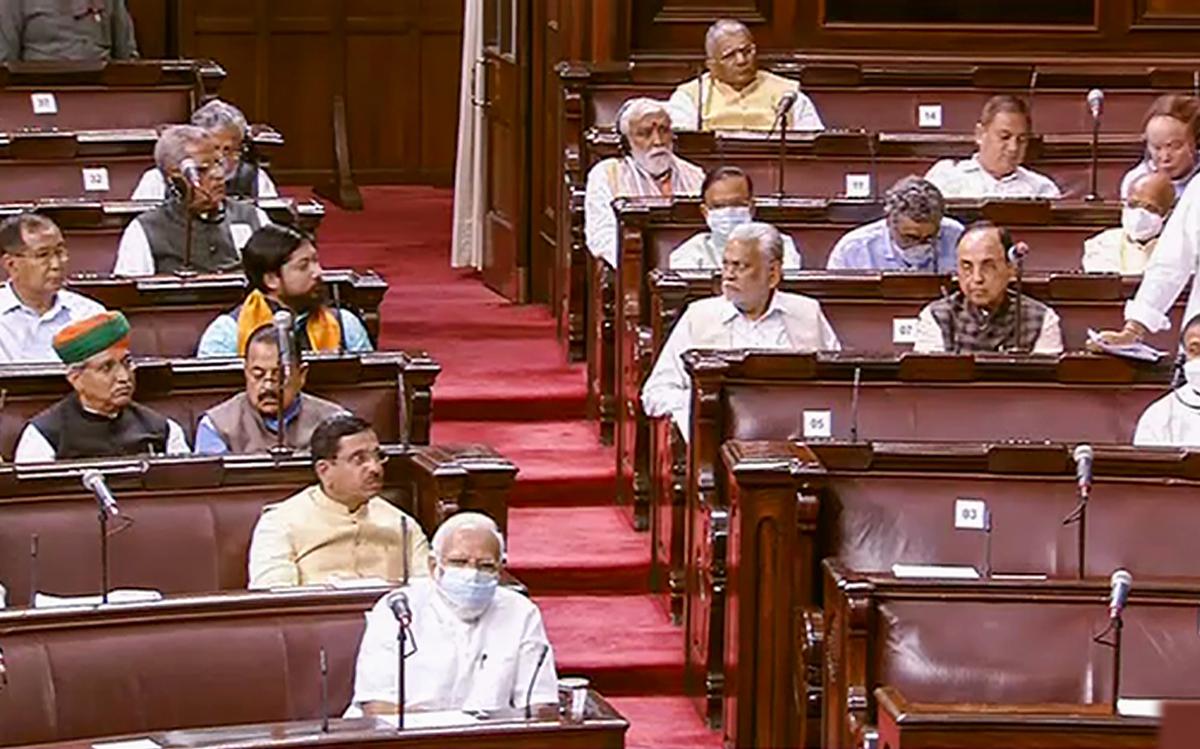 The Prime minister underlined the confidence of New India and mentioned that India is among the largest economies of the world and maintains the third largest start up ecosystem of the world.

Prime Minister Narendra Modi on Sunday urged the students to take full advantage of the opening of various sectors as India is the third-largest startup ecosystem of the world and the present generation is fortunate enough as it has not suffered the damaging impact of the earlier defensive and dependent psychology.

Inaugurating the Golden Jubilee celebration of Symbiosis University in Pune, PM Modi underscored the changed mood of the country, and said "your generation is fortunate in a way that it has not suffered the damaging impact of the earlier defensive and dependent psychology. If this change has come in the country, then the first credit of it also goes to all of you, goes to our youth."

The Prime minister underlined the confidence of New India and mentioned that India is among the largest economies of the world and maintains the third largest start up ecosystem of the world.

"Missions like Startup India, Stand Up India, Make in India and Aatmnirbhar Bharat are representing your aspirations. Today's India is innovating, improving, and influencing the whole world", he said. The Prime Minister said that Punekars know very well how India showed its prowess to the world in the context of Corona vaccination," he added. He also inaugurated Symbiosis Arogya Dham. Governor Maharashtra Bhagat Singh Koshiyari was among those present on the occasion.

Speaking on the occasion, the Prime Minister said, "India has emerged as a global leader in the sectors which were previously considered out of reach. India has become the second-largest mobile manufacturer in the world. Seven years ago, there were only two mobile manufacturing companies in India. Today more than 200 manufacturing units are engaged in this work."

Even in the defence sector, the Prime Minister said, "India, which was recognized as the world's largest importer country, is now becoming a defence exporter. Today, two major defence corridors are coming up, where the biggest modern weapons will be made to meet the defence needs of the country."

The Prime minister called upon the students to take full advantage of the opening of various sectors. Mentioning the recent reforms in the sectors of the Geo-spatial Systems, drones, semi-conductors and space technology, the Prime minister said, "the government in the country today trusts the strength of the youth of the country. That's why we are opening sectors one after the other for you".

"When our goals go from personal growth to national growth, then the feeling of being a participant in nation-building takes over", PM Modi said.

He also highlighted India's influence and said that India is safely bringing out its citizens from the war zone through Operation Ganga during the Ukraine crisis. "Big countries of the world are finding it difficult to do so. But it is the growing influence of India that we have brought thousands of students back to our homeland", he said.

The Prime Minister also asked the student to select themes to work on every year and select these themes keeping in mind the national and global needs. He said that results and ideas can be shared with the Prime Minister's office also.